We have become obsessed with weight… So much so that we have television shows dedicated to weight. Every year we make resolutions, and for some those resolutions include weight loss: including myself.
Here is the problem I have with weight loss… When I was dancing ballet I weighed in anywhere between 115-130 with a waistline of 27-28″
After dancing ballet I weighed in between 130-150 with a waistline of 28-30″
Now, I weigh between 170-180 with a waist of 32″
When I was dancing ballet our weight was crucial as it determined casting, costumes and well your job. I became obsessed with my weight. I became so obsessed that my weight never fluctuated it was a constant number that shall remain nameless but it was a number between 115-130 lbs. Now, the crazy part was I was actually maintaining this weight in a healthy manor.
After dancing ballet I saw my waistline getting bigger and I became even more obsessed, so much so I developed unhealthy eating habits, and basically starving myself to be thin. I would allow myself one meal a day, and I would still be exercising ridiculously. At the same time I was going to school full time and working over nights, and pushing my body to the max. I refused to gain any weight, and since I wasn’t dancing 6 hours a day I decided to take some ballet classes in the mornings after work just to stay thin…
Finally, I was okay with my weight… Or was I?
I feel like not only did ballet screw up my head when it came to weight, self acceptance and perception but being gay factored into my weight complex…
I felt that because I danced ballet I was supposed to be thin, and because I was more effeminate I needed to be twinkish.
Then I had my ethnicity come into play with this stereotype that all asians are super thin. My sister is super thin, ridiculously thin, even after having two babies she is still super thin.
And then I got into fashion and I started to gain weight… Ironic right?
In the beginning I felt like I could flex my power and say HAH! my weight doesn’t matter anymore but yours does… I was wrong. After gaining almost 50 pounds since ending my ballet career I realized that this isn’t where I want to be- physically.
Yes, my body has changed drastically as I am no longer this shapeless ballet dancer, with swan arms, as my body has filled out, as if I had just hit puberty… But now my problem is this: the ADONIS FACTOR. LOGO did a documentary on this complex gay men have and justified it. I get it, the human body isn’t supposed to be obese, and muscle tone is natural- but as gay men have we taken it to the extreme?
I went to a bar the other night and ran into a friend who I hadn’t seen in a year. He had gone from muscular to porn start status body type. It was kind of ridiculous. The awkward part was, I wasn’t jealous of his body type- it made me realize, and miss what i considered to be my ideal body type. Since the new year I have lost a total of 13 pounds. And I want to shed another 15. I want my waistline to be back down to a 30, and I want to say the following:
I don’t expect everyone to be pencil thin, nor do I care if you are pencil thin or not. I consider for myself, for my body type, for my sanity, and for what I have grown up around and developed an “ideal” body type for myself is my opinion and no one else’s. I do not force it down your throat, don’t force your opinions down mine. AND I HATE IT when people say, “YOU LOOK GREAT, healthy.” I was healthy at 150 – I am 20 pounds heavier than that and I don’t like it, personally. My body is my business, so if I want to loose weight – don’t make me feel guilty about it. I grew up in a world where weight mattered, I work in an industry where weight is crucial, I am associated in a lifestyle that body type matters, and I am Asian and the stereotypes of body type exist-
I want to be comfortable in my body- and that body is at a lower weight than I am at now.
I was more confident then.
I felt sexier.
I was happy about how I looked.
Isn’t happiness the most important thing in life?
Posted on March 29, 2011 Posted in alexander wang, FALL 2011, gay asian, gaysian, skinny bitchLeave a comment
OH YOU KNOW HOW THOSE GAYSIANS ARE TAKING OVER WOMENS WEAR… WELL THEY ARE DOING IT BING IN MENSWEAR NOW…
SO IT HAS HAPPENED… ALEXANDER WANG HAS LAUNCHED HIS NEW MENSWEAR LINE FOR THE FALL SEASON…
THE SOHO STORE IS SWARMING, AND WELL THE PRICE POINT IS ROUGHLY AROUND 500.00 AND OF COURSE JACKETS ARE PRICED AROUND 2,000.00
ALEXANDER WANG IS ONE OF THOSE FIERCE LITTLE GAYSIANS THAT HAVE MADE A SPLASH IN FASHION. THOUGH HE STYLE IS KOMBAT BOOTS AND CASUAL MILITARY HE HAS TAKEN HIS PERSONAL STYLE AND HAS PRODUCED IT FOR EVERYONE. IT ISN’T JUST THE WOMAN WHO GET TO WALK THE UPPER EASTSIDE IN ALEXANDER WANG ANYMORE…. THE BOYS IN CHELSEA WILL DEFINITELY HAVE SOMETHING TO STOMP AROUND IN THIS FALL….

OTHER FASHIONABLE MEN THAT ARE NOTEWORTHY THIS ENTRY…
3.1 PHILIP LIM (GAYSIAN)

OH YOU KNOW HOW THOSE GAYSIANS ARE TAKING OVER WOMENS WEAR… WELL THEY ARE DOING IT BING IN MENSWEAR NOW…
Posted on March 26, 2011 Posted in asian models, NEW MAGAZINE, skinny bitch, SOCIALCULTUREIELeave a comment

THE NEWEST ISSUE OF SOCIAL CULTURE IE…. IT IS KINDA PRETTY….
IT IS A GREAT NEW THING…  DISCOVER IT
SOCIAL CULTURE IE
Posted on March 23, 2011 Posted in fashion, gay sex, skinny bitch, SOCIALCULTUREIE, the devil wears prada, vogue imagesLeave a comment
Dear Prada…
you spit on me like a man does to his filthy whore…
and yet i still love you, dearly. 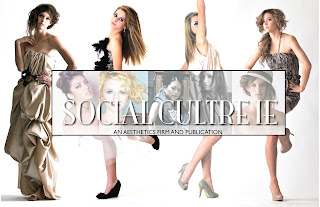 Dear SOCIAL CULTURE IE…
you are kind of a big deal.
Book our services now… kind of like a hooker… just classy… maybe an escort…
xo xo
Posted on February 25, 2011 Posted in celeb, movies, skinny bitch1 Comment
1. GIGI… not the gigli or whatever crap that movie was… the 1958 MGM classic staring leslie carron and maurice chavelier.
2. coco before Chanel.
3. coco and igor
4. amelie
5. j’taime paris
6. the hours
7. the holiday | the notebook | a walk to remember and other sappy movies
8. pride and prejudice (both the original BBC one with stud colin firth, and the new one with Kiera Knightly)
9. Memoirs of a geisha
10. the importance of being ernest.
11. the devil wears prada | the september issue
12. moulin rouge, chicago, and that is about it for the musical category
13. Gosford Park
14. the young victoria | jane austen book club ( i really do like emily blunt)
15. my tribute to anne hathaway … becoming jane, rachel getting married, the princess diaries …
other good ones
the motor cycle diaries
metropolis
a very long engagement
the girl with the pearl earring
volver
revolutionary road | the reader | sense and sensibility (kate winslet is a good one)
i am realizing i really like emily blunt, meryl streep, kate winslet and anne hathaway
Posted on January 4, 2011 Posted in asian models, gewn liu, skinny bitch1 Comment

Posted on December 23, 2010 Posted in burberry, emma watson, fashion, skinny bitch, trendy bitchLeave a comment
we all know- that everyone has to grow up. but why does emma watson have to be so damn chic.
f’ck her and her Burberry… kidding. You were probably the fashionable this year.

Posted on December 23, 2010 Posted in ballet, fashion, skinny bitchLeave a comment
paris opera ballet school calls their kids rats… haha
then again if I found rats in my house that looked like these girls i would probably breed them and sell them on the black market.

Posted on December 13, 2010 Posted in cigarettes, fashion, sex, skinny bitchLeave a comment
skinny girls that smoke cigarettes with messy hair make me want to be like them.
I wish when I was in schoolI was one of the popular kids.
damn.